TV x Youtube: Which one is powerful when we talk about advertising?

One thing is certain: the internet has been changing habits in society. Be it in the way that free time is spent as well as how to consume information or products. Gradually people have been migrating from TV content, produced by major broadcasters and broadcast by major celebrities, to the content of the internet, which is divided into multiple channels and dispersed by people.

In the context of marketing and sales, it’s in this transition that companies have given greater focus, since they want to be where the public is. And that’s why we compare the channels. And more specifically we quote youtube, because it is the Internet channel more similar to TV:

So true is the question of the new culture of content search, that TV programs have been fitting into the relaxed language like the one that internet delivers because when people are watching something, they are probably in their leisure time and prefer it to be done in the funniest way.

Fake News is what protect television

But the grace of social networks also brings some lack of credibility in the news. Fake news has left some content doubts for viewers, who end up relying more on television journalism, making it clear that despite the many positive points presented by the Youtube platform, it is not all the segments that follow the same proposal.

A survey conducted in Brazil in 2017 by Youtube and published in the Press Release of Brandcast, selected 3 sessions of content analysis to understand the essence of the platform in the country: relevance, education, pop and “cool.” 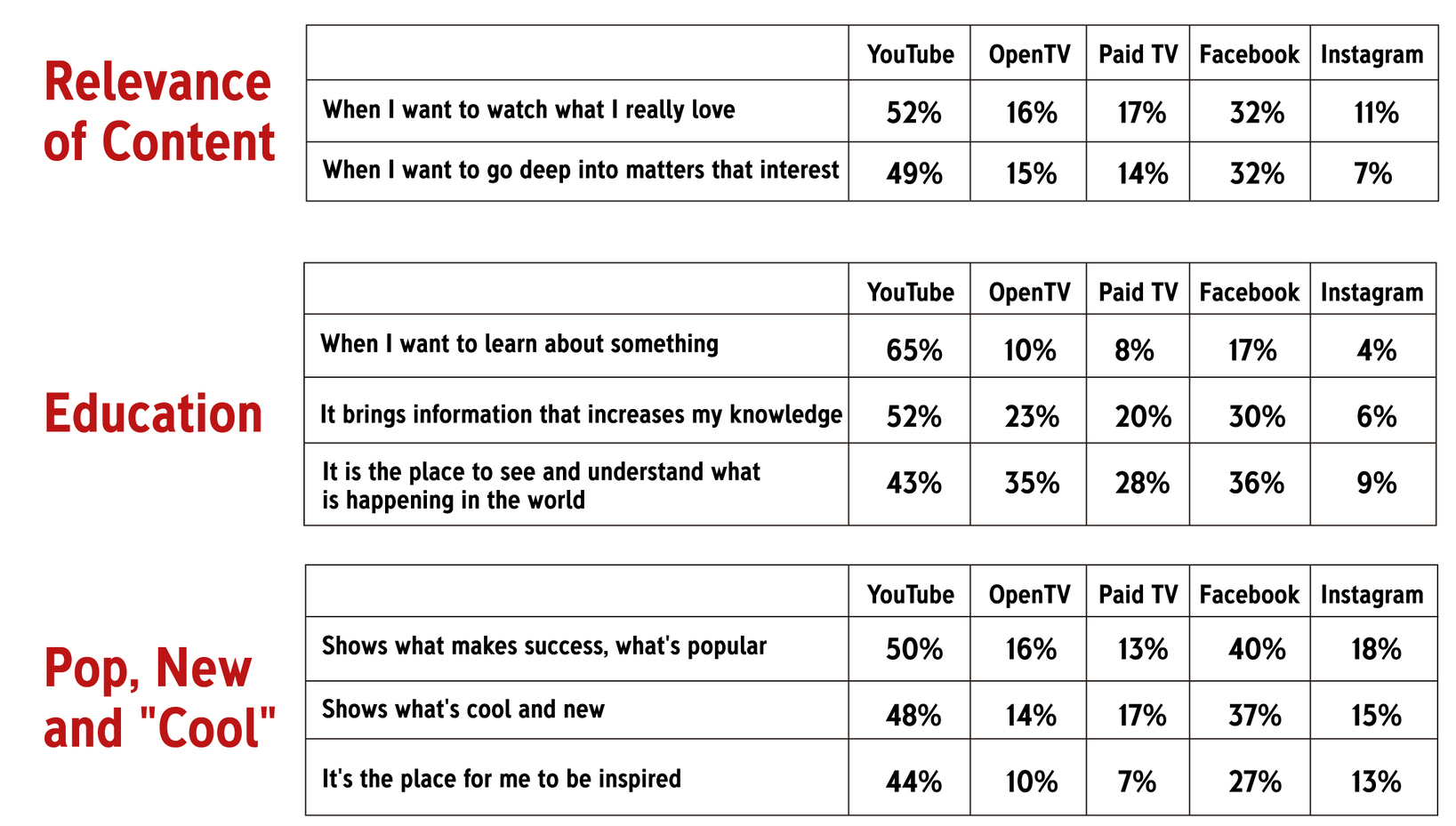 Even the survey encompassing more Brazil, we can see that youtube has the great advantage of looking at the other forms of consumption of content and information, making the channel as a good alternative to promote services and products.

As most network users make use of some ad blocker, actually Influencer Marketing is what is most present in this logic, especially for the many other reasons we have already talked about it, such as public loyalty for information authenticity – Of course, when done smart.

Therefore, we can see that the Internet has been providing a huge and diverse amount of content. It’s where people come together and find out what they like and their community inside. Many things are still being discovered, such as how people behave in the “number of likes era”, and, as everything is very new, there’s a lot to learn and discuss. But isn’t this part of what’s exciting about a place where people connect and come together? There’s plenty of room to find new things out and new possibilities within this context, and Influencer Marketing is getting bigger and bigger due to this scenario as well.